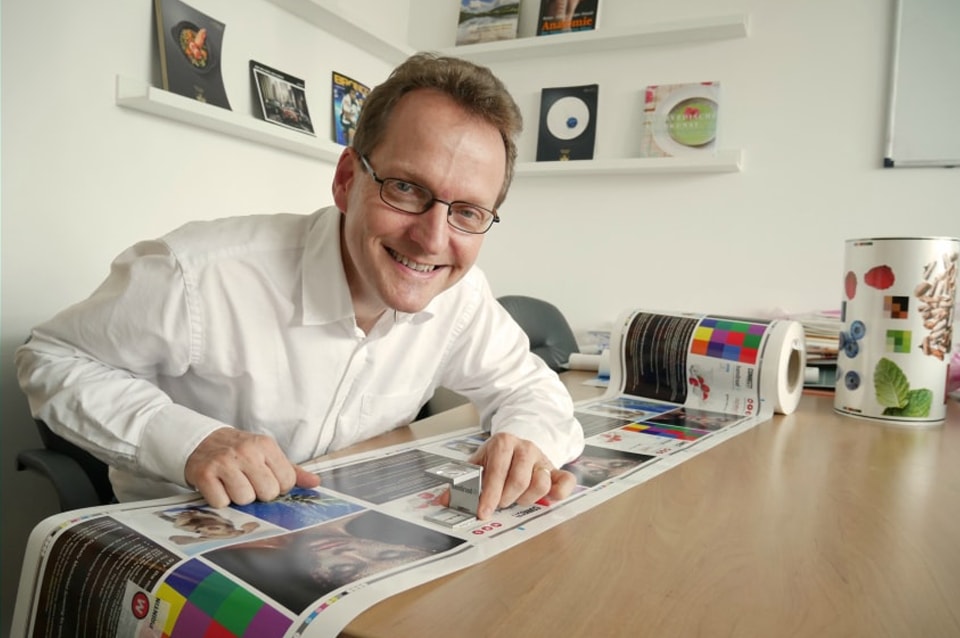 In this podcast episode The Gill catches up with Hamillroad Software’s CEO Andy Cave, the original creator and Chief Designer of the Harlequin RIP and founder member of Harlequin Limited (now Global Graphics Software Limited).

DM Screening digitally modulates every pixel it produces – precisely controlling the dots within and between each separation to eliminate noise and graininess. It does this through the use of a “stochastic rosette” which interleaves the screens in the separations to remove noise and moiré. The stochastic rosette maximises the ink-on-paper area and minimises the amount of ink-on-ink to expand the available colour gamut while eliminating colour shifts due to mis-registration.

The screening analyses each pixel to ensure that no dot is too small to plate or print but is not large enough to be visible. The result is a quality of print that was previously unobtainable.

Bellissima for Flexographic printing was used in jobs that won five Gold and four Silver medals at the 2017 EFIA Awards held in Birmingham, UK. These wins add to the growing portfolio of awards won for jobs where Hamillroad’s Bellissima has been used, including winning Gold at the 2015 Flexographic Print Excellence Awards in South Africa, Gold and Best on Show at FlexoTech 2016, and 2 Golds and a Silver at EFIA 2016.